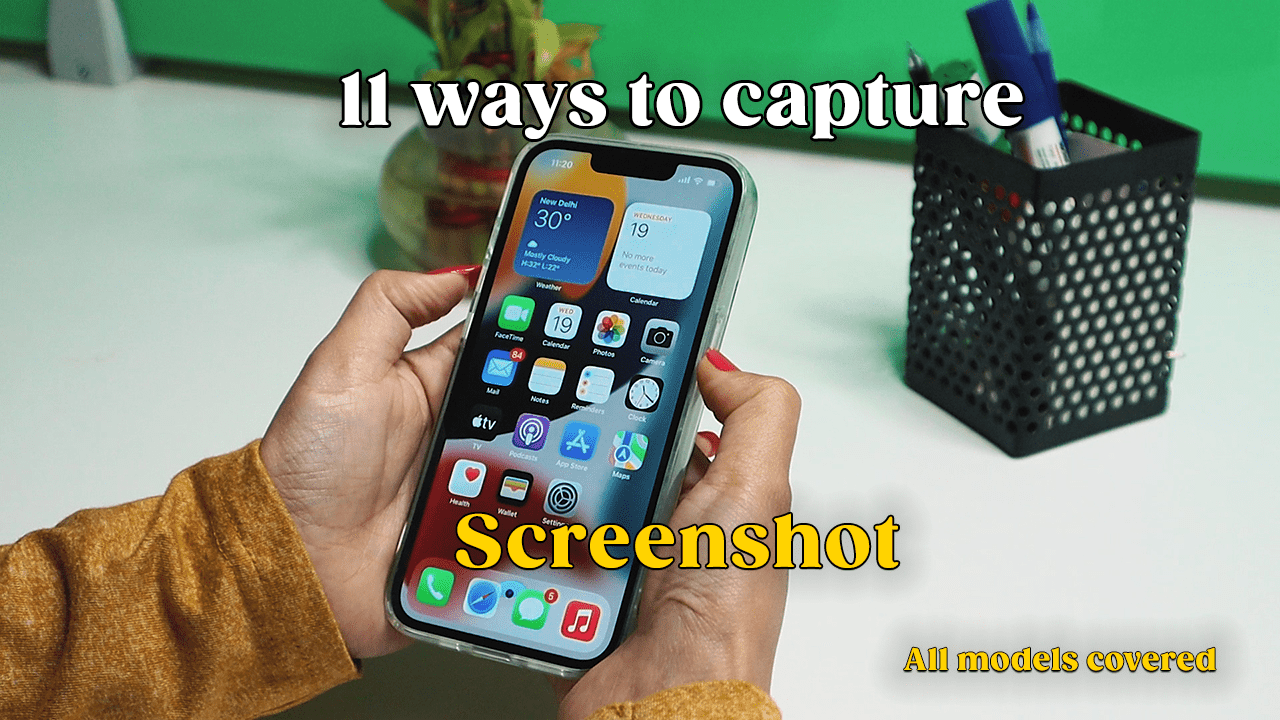 Have you ever wanted to take a screenshot of something important but faced a dilemma on how to take one? Well, this article is going to help you with exactly that issue. Learn how to take screenshots on iPhone with this step-by-step guide!

Screenshots are a picture taken of the crucial information shown on the display screen of a laptop or phone. For demonstration purposes, we are using iPhone 13. But the methods can be implemented on all the iPhone models such as iPhone 14 pro, iPhone 14 pro max, iPhone 11, and iPhone 12 depending on the features available.

In this case, we will see what different ways there are to take screenshots on an iPhone. Here, we are elaborating on every single step of the techniques mentioned below.

Versions of iPhones With Face ID

This method of taking screenshots involves using the side key and volume up button on iPhone.

Further, a fair amount of iPhone models have the touch ID/fingerprint scanner and side button.

iPhones with Touch ID and the Top Button

Seemingly, this approach utilizes touch ID and the top button seen on some iPhone models for capturing a screenshot.

In iPhone, we can take a screenshot using back tap. And back tap has two options: double tap and triple tap.

In addition, with the help of assistive touch, we can hugely simplify the task of taking a screenshot on an iPhone. Moreover, assistive touch has four options to choose from which include: assistive touch floating menu button, single tap, double tap, and long press.

The long shot feature only works on browser apps on iPhones. But it is very useful in capturing long-form screenshots on iPhone with every minute detail. Also, we need to use the assistive touch feature for this. So, let’s see how we can take a screenshot on iPhone using the long shot.

Siri comes to our rescue when we want the voice assistant in iPhone to take a screenshot.

By elaborating all the complex procedures and the numerous techniques to take a screenshot on an iPhone, we hope that your trouble has been resolved. Screenshots are a vital part of storing information nowadays. Hence, going through all the methods will help you in accommodating to the old and new features of taking a screenshot on iPhone.