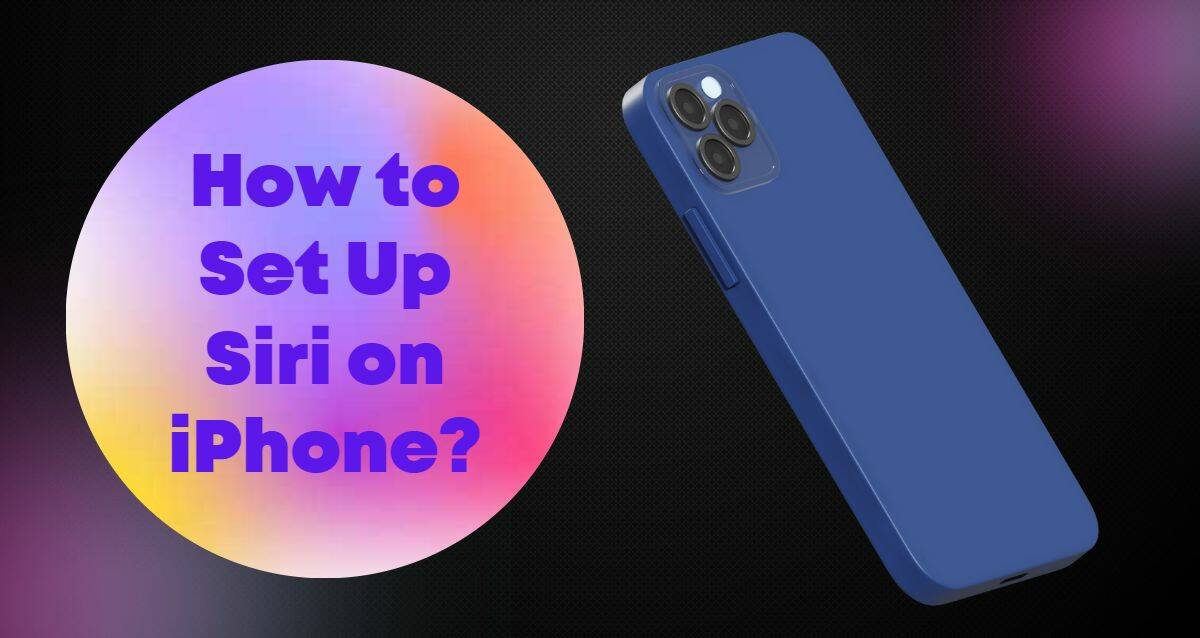 The quickest way to complete tasks on iPhone is by commanding Apple’s voice assistant ‘Siri’. Further, Siri not only finishes the chore but also saves our precious time. So, let’s find out how to set up Siri on iPhone 14 or iPhone 13.

Being a busy person, completing tasks on time is extremely crucial to me. And it gets tedious to keep track of several meetings, reply to emails, and many other things on my iPhone. Therefore, this is where Siri comes to my rescue.

Anyone facing similar issues with time and task management can follow this article to set up Siri on their iPhone. And let Siri make your lives easier. Also, you may read this article How To Set up iPhone? [With 3 Bonus Tips].

Note: For reference, I am using iPhone 13 screenshots. However, you can still follow this article to implement the steps in your iPhone 14. As there won’t be much difference between the two.

I’ll be talking about a few things below. Continue to read to know more:

1. How to Set Up Siri on iPhone

First and foremost, we need to activate Siri on our iPhones. For this, let’s see how to turn Siri on in the iPhone settings.

Moving on, we’ll see the functions of the various attributes Siri comes with.

Adding on, these are the settings that the user uses when talking to Siri on iPhone.

Well, the above-mentioned points were only regarding the input and output between the user and Siri on iPhone.

As the heading says, Siri also works as a pre-search suggester. Read on to know how.

In any case, Siri learns our routine from our iPhone usage and performs even better. To improve Siri’s behavior, Apple receives data such as search results, emails, messages, calls, notifications, etc.

Subsequently, Apple can show images or search results on our iPhone while searching.

Enabling this does decrease the load off the user with faster results. However, the user can also choose to disable these features using the same steps.

Additionally, Apple brings forth a few more features to amplify the Siri user experience. Apart from all the other uses of Siri, this usage strengthens the presence of Siri in the entire iOS atmosphere.

Thereafter, Siri instated in every app and function of your iPhone 14 can empower you to do things hands-free. The users will always have the option to disable any of the features that they want to stop using.

On the contrary, we can also directly activate Siri in apps. Besides, doing this lets the user decide which app can permit Siri to go through its content.

By comparison, Siri cannot go through the apps which have denied access to it. On one hand, this increases privacy and security for apps that involve money management, or sensitive information. And on the other hand, the user has full discretion to change app access in the iPhone to Siri as per need.

Let’s see how we can enable or disable Siri from individual apps:

However, the app’s suggestion also depends on its usage. The more the user makes use of a particular widget or app, the more Siri learns that the user needs that app quite frequently. Thereafter, making that app appear in the suggested list of our iPhone chiefly.

2. How to Set Up Siri Using Accessibility on iPhone

Simultaneously, there is another way to set up Siri on iPhone 14 with a few additional features which were not available in the Siri & Search section. And also change some default settings accordingly.

Many times, we do not want to speak out loud in public to command Siri or just in general. So, to solve this issue and issues in general, we have a quick and easy solution. Let’s check out the additional features below:

What can be better than hanging up your call without even touching the iPhone? This has to be one of my most favored features of Siri. And you too can make use of the various functions available while setting up Siri on your iPhone.

Finally, assimilating all the points, I can say that using Siri has drastically improved my task-performing capabilities. Also, Siri keeps on sending data analytics to Apple to improve its functionalities. But this doesn’t include the details related to the user or their Apple ID.

Moreover, I assure you that Siri comes in handy more than any other feature on iPhone. Culminating an article that portrays all the features of Siri to help you figure out the attributes of your iPhones easily.

This article serves people who like to talk as well as those who don’t. So, when it comes to commanding Siri you can do as required. Siri will take note of every single task the user wants. Hope this helps you.