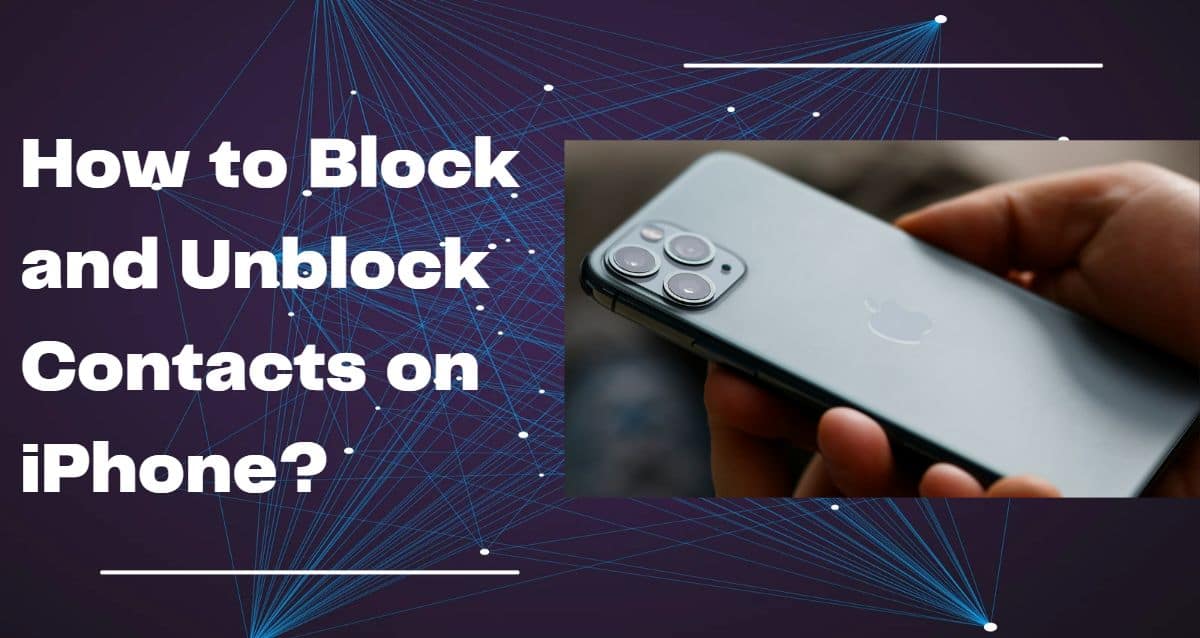 Few instances when we wanted to block someone but could not find the means to do it. Otherwise, blocked some important contacts, and regretted it soon after? Let’s see how to block and unblock contacts on iPhone 14 or iPhone 13.

I have had to block quite a few contacts in the past. They were both known and unknown contacts. And the reasons could vary from spamming to losing touch with the person. But the catch here is that I also had to unblock some contacts later on.

Although, it became quite difficult to search for the unblock feature on my iPhone. Indeed, after much exploration, I found the exact functions needed to unblock any contact on our iPhone.

Note: For screenshot purposes, I have used iPhone 13. However, the same guidelines will be applicable on iPhone 14 as well as they aren’t much different from on another.

For starters, four applications can be directly configured within the settings on iPhone. Such as phone, messages, email, and FaceTime. Let’s have a look at this.

First and foremost, I would like to show you how to block and unblock messages on your iPhone. With prominent images and steps, I hope it will be easy for you to follow.

Let’s see how to block messages directly from the iPhone messages app first.

Doing this will prevent the messages from getting delivered to our iPhones. Or rather we’ll start receiving the messages again.

Another way to block or unblock messages is changing from the iOS settings on iPhone.

Filter Messages as Unknown and Spam:

Thus, this extra point does provide an extra step of prevention against receiving spam messages from people. So, this is how we can block and unblock messages on iPhones.

Block and Unblock Contacts in iPhone

In addition to this, we also receive calls such as spam calls and calls from the wrong numbers on iPhone. And this leads to disturbance and annoyance. So, this topic will lead to clearing out the doubts on how to block contacts on iPhone.

Moreover, certain times we also end up blocking someone that we didn’t want to in the first place. For that, I’ve also explained the steps to unblock a number.

Moving on, these steps can be implemented directly on the phone app on iPhone.

Meanwhile, we sometimes forget to save few contacts, so we get worried if we’ll be able to block that number. But we can block both saved and unsaved numbers from recents in phone app on our iPhones. Read on to know.

Here, the user can only block saved contact in iPhone.

Sometimes blocking certain numbers means a loss for us. So, we also have the option to unblock them on iPhones.

Conversely, there’s another way to block and unblock contacts on iPhone.

Therefore, eventually, we unblock the chosen contacts with these steps.

Block and Unblock Emails on iPhone

Coincidentally, emails are an additional path for people to hinder our perfect social presence by spamming our inboxes with unnecessary emails. Fortunately, there is a way to stop this on our iPhones. It gets evident after reading the guidelines below.

Firstly, we’ll try to block and unblock emails through the email app on iPhone.

The email-ID will immediately get unblocked on iPhone.

Additionally, we can configure this through the iOS settings as well. Moreover, there is an added point about a feature that lets us decide what to do with the blocked emails in iPhone settings.

Apart from the usual features, the blocked sender option does give us the freedom to do as we wish with the blocked email ID on our iPhone.

Lastly, the user also has the chance to block contacts on FaceTime. Once this is done you won’t receive video calls on your iPhone from that specific contact anymore.

The contacts are immediately removed from the block list.

As predicted, to unblock a contact we need to first block them on iPhone. And this article demonstrates the exact steps to follow. With a few additional tips this article might just make your lives easier.

Starting from calls to emails, everything is well explained with elaborated guidelines. Coming to end, hope this article helps you figure out the settings to block and unblock contacts on iPhone.